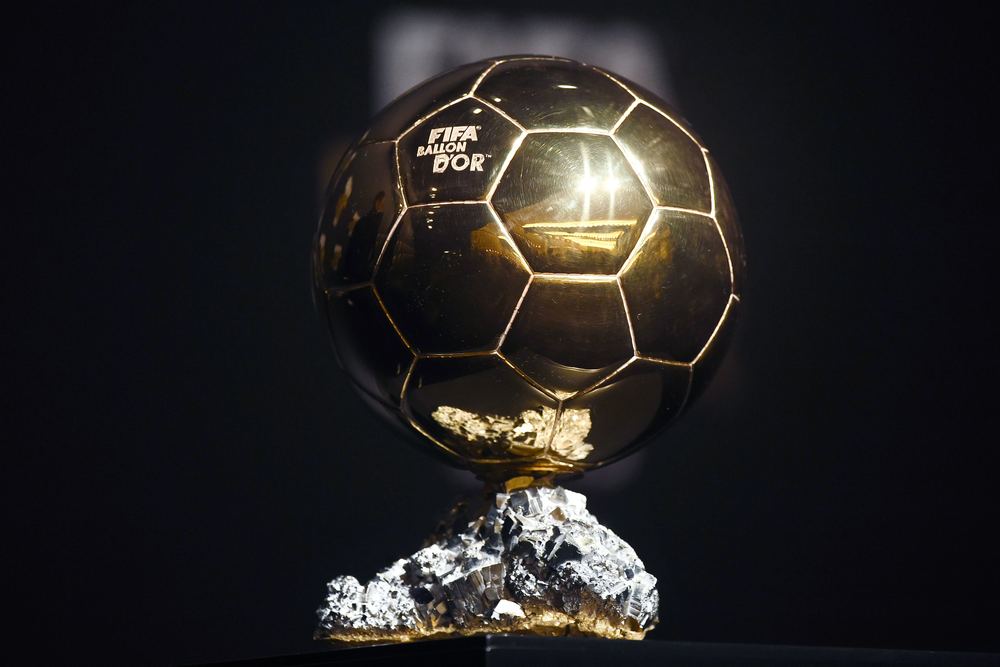 Outside the field of play, professional football relies on a meticulously planned schedule that only permits the slightiest of deviations. Over the past decade, we’ve come to expect the same consistency in the football awards, such as the Ballon d’Or that has been under a Cristiano-Lionel duopoly save for a short Luka Modríc interruption.

Due to the current pandemic, there’s no football at the moment, so we don’t know if either of the Barcelona or Juventus giants would have nabbed the excellence rubberstamp award (yet again!) this year. Be that as it may, I took it upon myself to create my own virtual ceremony to fete and recognize the virtuosos of the beautiful game.

The players on this list might not necessarily boast the best career stat lines or trophy cases. I was solely guided by the joy that I’ve derived from watching these players perform.

I was born in the 1980s; you won’t find any of the maestros from the preceding decades listed here. That’s not your cue to put on your best sanctimonious suits.

You will read about players whose track records aren’t necessarily indicative of their talents. Injuries, drugs, poor lifestyle choices or bad attitudes have kept them from shining brighter. The guys who make up this list are unmistakenly human and that’s what makes them terribly endearing. In most cases, they are simply prodigies who have (sometimes) had difficulty adapting to the demands of top-level football.

Originally, I had Robinho here; I removed him from consideration when I he was convicted of rape in Italy. In his stead is his compatriot Marcelo. Real de Madrid’s number 12 is the only defender on the list and he is the main reason why I support the Merengues. They say Marcelo is a left-back. I don’t agree with that. For me, Marcelo is a winger who doesn’t mind doing defensive work.

Zlatan’s technique is outstanding and masterful. When he’s on the field, you have to expect the unexpected. The Swedish big man is used to scoring spectacular goals and 195 centimetres don’t preclude him from jaw-dropping acrobatics. As he enters the twilight of his career, we just want to thank him for all his consistently amazing work.

In spite of his decorated career as a player, you can’t escape the what-ifs and if-onlys when you go over it. Zidane could easliy have had one or two more Ballon d’Or, but his temperament decided otherwise.

In 1998, France almost lost the World Cup when he wiped his spikes on the back of a Saudi player and was suspended for two matches. It was an absence that proved almost fatal for Les Bleus who struggled mightily to get past Paraguay in the Round of 16. France had qualified at the last minute thanks to a Laurent Blanc goal in extra time.

In 2000, Zidane was destined to take home the Ballon d’Or for guiding France to the continental crown. Unfortunately, a headbutt incident in Hamburg voided his chances; Luis Figo was awarded the trophy at his expense.

Finally, we all remember the headbutt meted out to Meterazzi at the 2006 World Cup. Had he controlled his nerves, France would surely have won the World Cup, but once more Zizou had let his temper take control of his destiny. What a pity!

When I learned that Maradona tested positive for cocaine after the 1990 World Cup, I was suspicious. I was convinced that it was a setup by the Italian mafia. The mafia held a grudge against him because Argentina had knocked out Italy in the semi-finals of the World Cup.

After going through the wringer, Diego Maradona made a roaring comeback at the 1994 World Cup. He scored a delightful goal against Greece. Argentina team was playing really attractive football and considered one of the favourites to win it all. Unfortunately, the excitement was short-lived. Diego was caught for doping and was suspended for the rest of the competition; Argentina lost to Romania in the Round of 16. As for me, I had to face the facts: Diego Maradona was a cocaine addict.

When you consider the qualities that Ricardo Quaresma possesses, you can’t help but wonder why such a player is plying his trade at (Turkish club) Kasımpaşa. Quaresma should have had the career of Cristiano Ronaldo. Unfortunately, he was never able to establish himself at a major club. At the tender age of 20, he signed with Barcelona, but his time in Catalonia was a failure. In 2009, Mourinho decided to give him a second chance and convinced club President Moratti to bring him to Inter. We were all excited. “This time, it’s the right one!”, we thought: the genie is finally going to come out and show the world what he’s capable of. Alas! Much to the chagrin of his fans, Quaresma disappointed. Even though his career has fallen far short of expectations, Ricardo Quaresma has still given us some unforgettable moments on the pitch. We will always remember his rabonas and trivelas.

Injuries aside, nothing and nobody were ever capable of stopping Ronaldo. R9 is simply the best centre-forward of all time. End of discussion!

Okocha is the only player on this list who didn’t get to play for Barcelona or Real Madrid. When you about his exceptional talent, you can agree that the Nigerian maestro deserved a bigger stage than Bolton. His achievements at club level are pedestrian. His best performances were with the Nigerian national team. At the 1998 World Cup, Jay-Jay dazzled the whole world and introduced us to his signature Okocha stepover (a combo of stepover and juke moves after dragging the ball with trailing right foot). At the end of that tournament, PSG broke the transfer fee record to secure the services of the Nigerian prodigy. In Paris, he pulled off quite a few stunning feats, but his overall mark was a letdown. Though his carrier has not as mesmerizing as his talent, Okocha will always hold a special place in my heart. When Jay-Jay was on the field, it was always a show!.

Ronaldinho could have been the best player of all time, but he loved partying too much. His reign at the top was short-lived because of his indiscipline. Ronaldinho’s story must be told to all young people who aspire to become professional footballers. Top-level football is unforgiving: as soon as Gaúcho stopped putting in the work, he fell off the cliff. The moral of the story? Talent alone is not enough.

People were shocked when PSG spent 224 million euros on Neymar. You know what? PSG actually made a great deal. Neymar is worth at least double that amount.

Did I forget anyone? Are there any players who deserve to be on that list? Enter their names in the comments section.